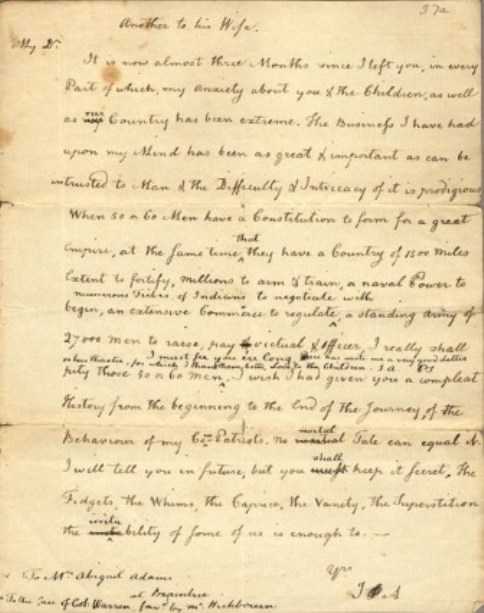 One of my favorite ways to reflect upon the day a group of colonists declared their independence from a monarch who "‎has has sent swarms of officers, to harass our people and eat out our substance..." is by reading the letters between John and Abigail Adams.


I say that as if I spend a lot of time reading these letters, and, for that matter, reflecting upon our independence. 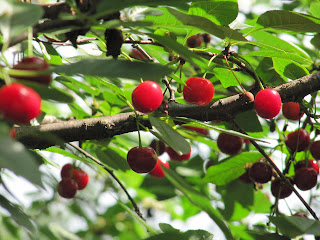 Happy Independence Day, America.  Your myths and your truths, both the difficult and the wonderful, worthy of contemplation.

It is now almost three Months since I left you, in every Part of which my Anxiety about you and the Children, as well as my our Country, has been extreme.

The business I have had upon my Mind has been as great and important as can be intrusted to [One] Man, and the Difficulty and Intricacy of it is prodigious. When 50 or 60 Men have a Constitution to form for a great Empire, at the same Time that they have a Country of fifteen hundred Miles extent to fortify, Millions to arm and train, a Naval Power to begin, an extensive Commerce to regulate, numerous Tribes of Indians to negotiate with, a standing Army of Twenty seven Thousand Men to raise, pay, of victual and officer, I really shall pity those 50 or 60 Men.I must see you e'er long. -----Rice, has wrote me a very good Letter, and so has Thaxter, for which I thank them both. Love to the Children.

P. S. I wish I had given you a compleat History from the Beginning to the End of the Journey, of the Behaviour of my Compatriots. No martial Mortal Tale could equal it. I will tell you in Future, but you must shall keep it secret. The Fidgets, the Whims, the Caprice, the Vanity, the Superstition, the Irritability of some of us, is enough to ------

To Mrs. Abigail Adams, Braintrie, to the Care of Col. Warren, favor'd by Mr. Hichborne


photo of a letter from John to Abigail, dated Philadelphia July 24th, 1775 found at Revolutionary War and Beyond website


photo of a cherry branch, author's own
Posted by ScentScelf at 10:20 AM 2 comments: